As we move into the month of July, here in the United States we often correlate July, especially the 4th of July with Independence Day. That got me to thinking (and that can sometimes be dangerous), a holiday that signifies the legal separation of the original 13 colonies in America from Great Britain’s rule and allowed for us to be united, free, and independent as a country. To me independence also means a “freedom” of choice. To be able to make decisions that we believe in for ourselves.

For me, this really hit home when I made the choice to move out of my parent’s home and find a place of my own (my parents gave me a thousand reasons I should not move out). That was a big step for me because now I was deciding to live on my own with my own rules of how I wanted to live. But that choice also came with several other decisions I had to make. Getting and keeping a job that would cover my rent and allow me to make my car payment. Making a choice to better my financial situation by moving from a comfortable job as an office manager I had held for many years to becoming an executive assistant with a much higher salary. Oh, do not get me wrong, I did make some choices that were not always the best choices for me, but it was MY decision and no one else’s and I learned from those. The decision and the choice I made to completely shift my profession truly changed my career forever and for the better. 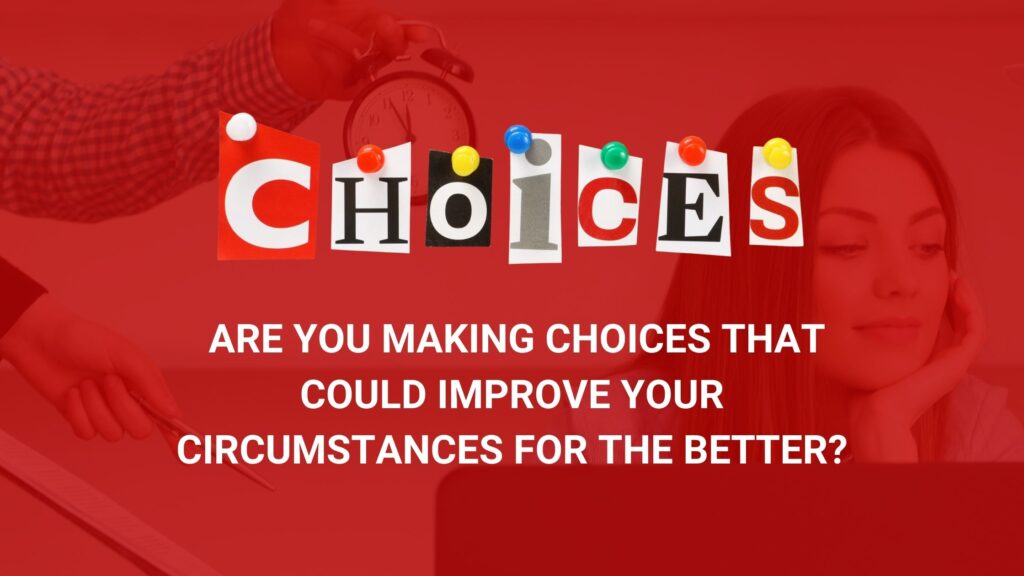 As a career coach and trainer, I continually encourage administrative professionals to look at their respective situations in life and careers and determine if they are truly making choices that could improve their circumstances for the better.

Take Julie for example. She was one of the students in my workshop and she was an intelligent executive assistant ready and willing to do more for her leader. She shared with me that her leader just would not let her do more than what she was already doing to support him. My question was why not? Her answer was, “he just won’t.” Then I asked her, “did you ask your leader and show him what you could do for him?” and her answer was “no, not really.” It was then Julie finally understood what I was trying to show her. Julie had made a choice to just accept the possibility that her leader would say no when in reality Julie had not even pursued it.

The very next day, Julie made the decision and the choice to embrace courage and ask her leader to try something new. She was pleasantly surprised to hear that her leader really liked what Julie had proposed. Her original choice had simply held her back from being even more of what she wanted to be as an executive assistant.

While we are not always guaranteed the outcome, isn’t it great that we DO have choices? The freedom to choose positivity over negativity, action over complacency and courage over fear. Ultimately to see our hopes and dreams come true. It is our choice!

Back to top of page